A Brand-new Age for Smart Home is Coming!

So far, the smart industry has developed for more than 20 years. In these years, although many new technologies and new brands have emerged, different protocols are still not perfectly compatible and interconnectable.

The result of this problem is that the user's mobile phone has a full screen APPs from different suppliers. It looks smart but becomes inconvenient. And what was worse, there always be bugs especially during the interconnection among these protocols. 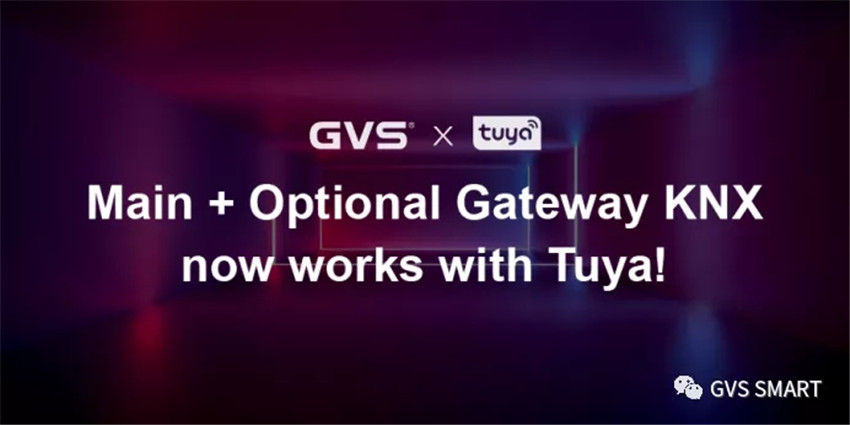 In response to the difficulties of interconnection and poor experience, GVS, which has been in the smart industry for more than 20 years, together with the world's leading AIoT platform "Tuya Smart", released the Main + Optional Gateway (Tuya) in 2021.

Considering the current industry mainstream choices, the two mainstream standards of KNX and ZigBee 3.0 are highly emerged from the device-end, ensuring seamless collaboration between systems to the greatest extent, defeating the intelligent Islanding-Effect, and bringing higher cost performance.

01  Stable and Flexible? You can have both now!

No communication protocol can meet the needs of all applications, hence the design of smart control system should be diverse.

Therefore, by the Main + Optional Gateway (Tuya), you can get a new smart control system which is more stable than wireless system and more flexible than wired system. 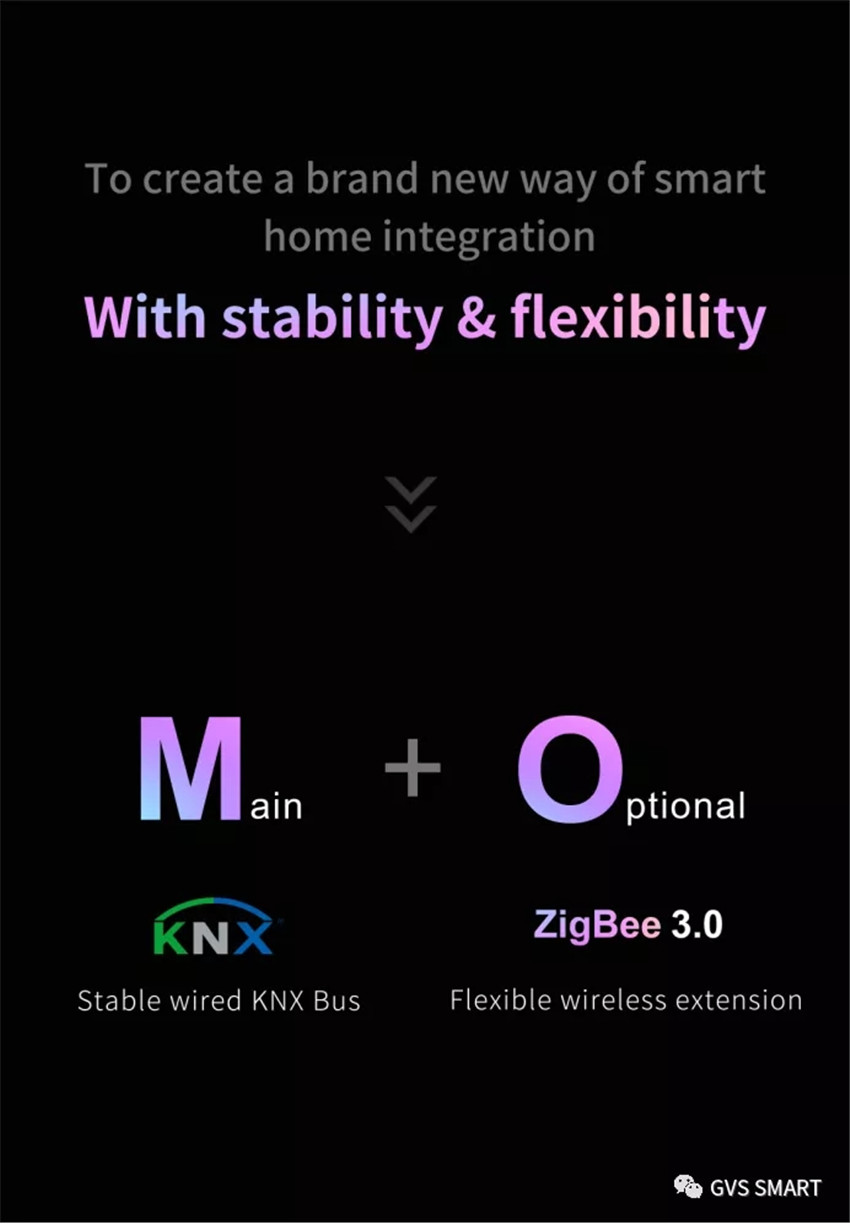 In the Main + Optional Gateway (Tuya) solution, a stable and reliable wired technology (such as KNX) lays an intelligent backbone network, and all products are connected by branch lines. Even if a node in the system fails, the network transmission can be implemented normally, which ensures the long-term trouble-free operation of the basic intelligent control of the building.

In addition, if users need to upgrade later, they can freely add, expand and manage various types of equipment. 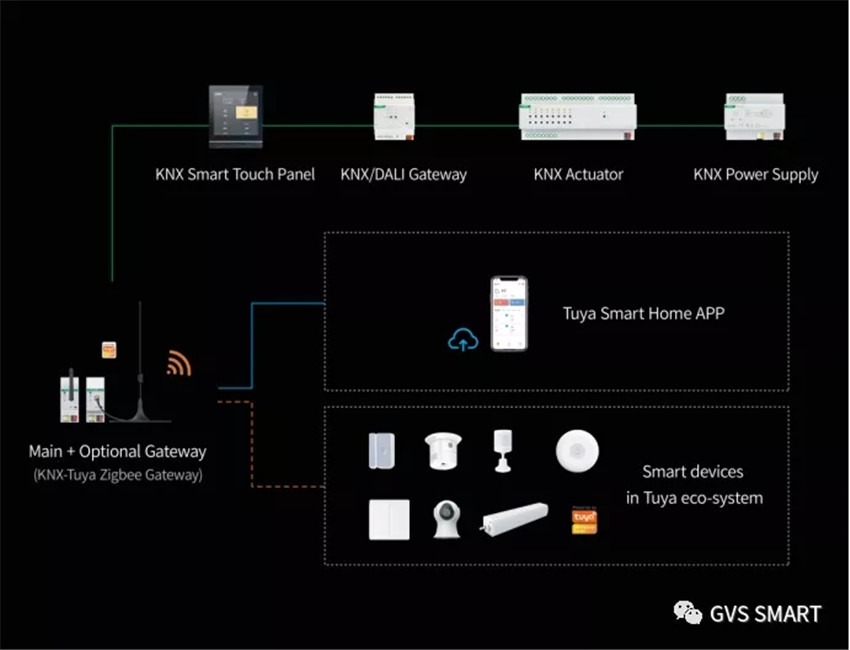 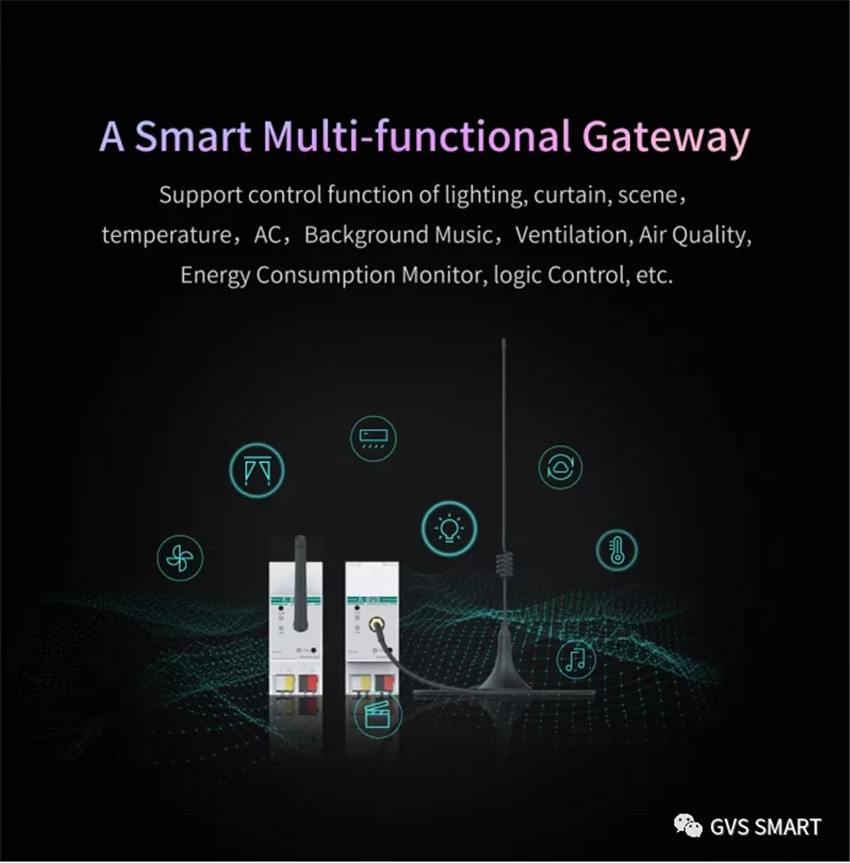 In today's increasingly fierce competition in the smart market, the coverage of device categories determines the richness of user scenarios.

At present, KNX is the only open international standard in the field of residential and building control. There are more than 8,000 devices in the world that can be interconnected. As the first native Chairman of KNX China, GVS has 13 years of experience in KNX product development and two self-developed & certified KNX protocol stacks, which can effectively meet the rich needs of customers.

Tuya is the world's leading AIoT platform, with more than 410,000 Powered by Tuya device SKUs and more than 1,100 device types. 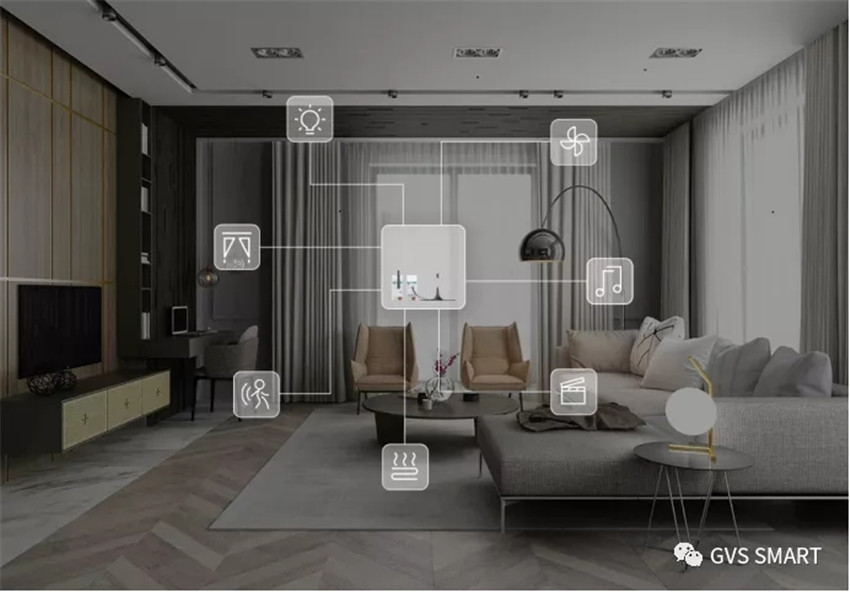 The strict certification standards of the two protocols also further ensure that end users can have a superior intelligent experience.

It can effectively reduce the cost of wiring and hardware equipment, and is widely used in many intelligent scenarios. No matter in homes, offices, buildings etc, Main + Optional gateway(Tuya)  has great cost-effective advantages.

In addition, the product is specially designed with two appearances, which greatly meets the situations that may be encountered in actual projects.

As we know, all wireless systems need a master control gateway, which serves as an bridge between ZigBee sub-devices and the cloud.

With the Main + Optional gateway(Tuya), not only KNX and Tuya Cloud can be interconnected, but the gateway has become the master gateway in the Tuya ZigBee 3.0 system, which can easily add ZigBee 3.0 sub-devices to the Tuya Cloud. 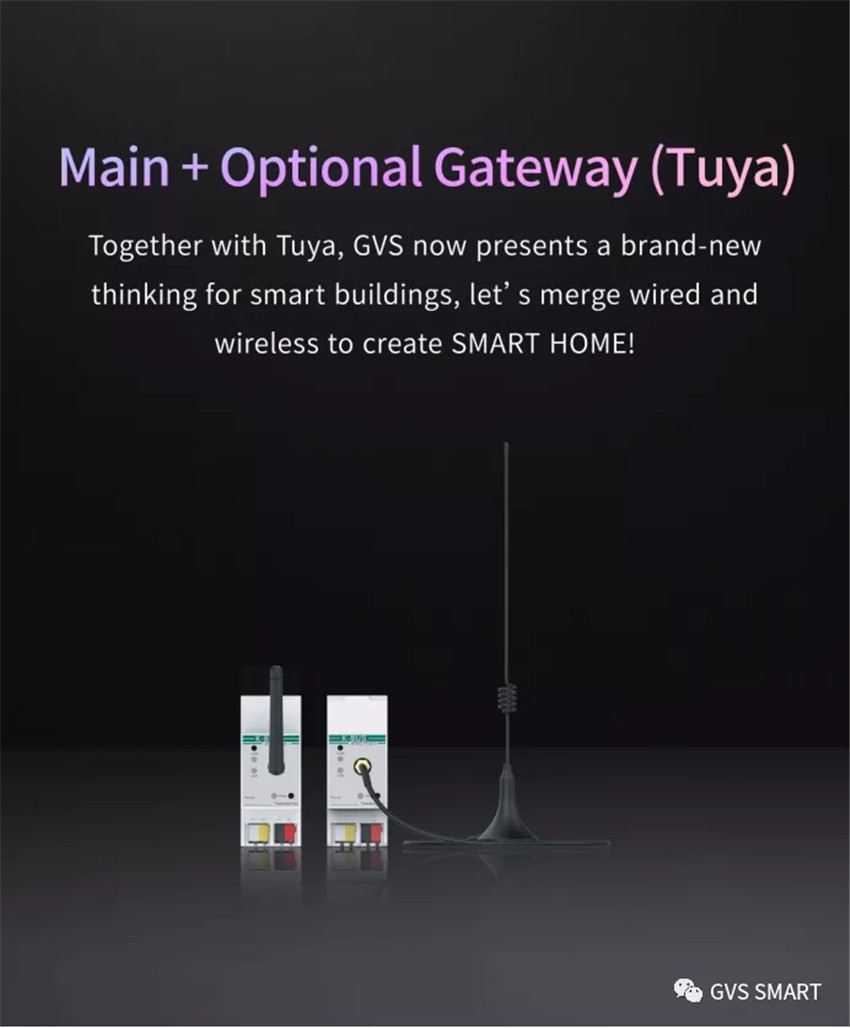 Smart, yet simple! That’s the real thing for a good product.

Now, KNX devices (IO) can be presented in the ZigBee 3.0 system simply and clearly. Users can see all smart devices through the Tuya APP for management and operation, and even voice control through the APP (currently only Chinese language is available.)

Thus, it naturally makes it easier for users, and they don't have to wonder whether they should run wired or wireless apps before using a certain device.

After all, things that can be solved by one Tuya APP do not need to go back to the old days of multiple APPs. 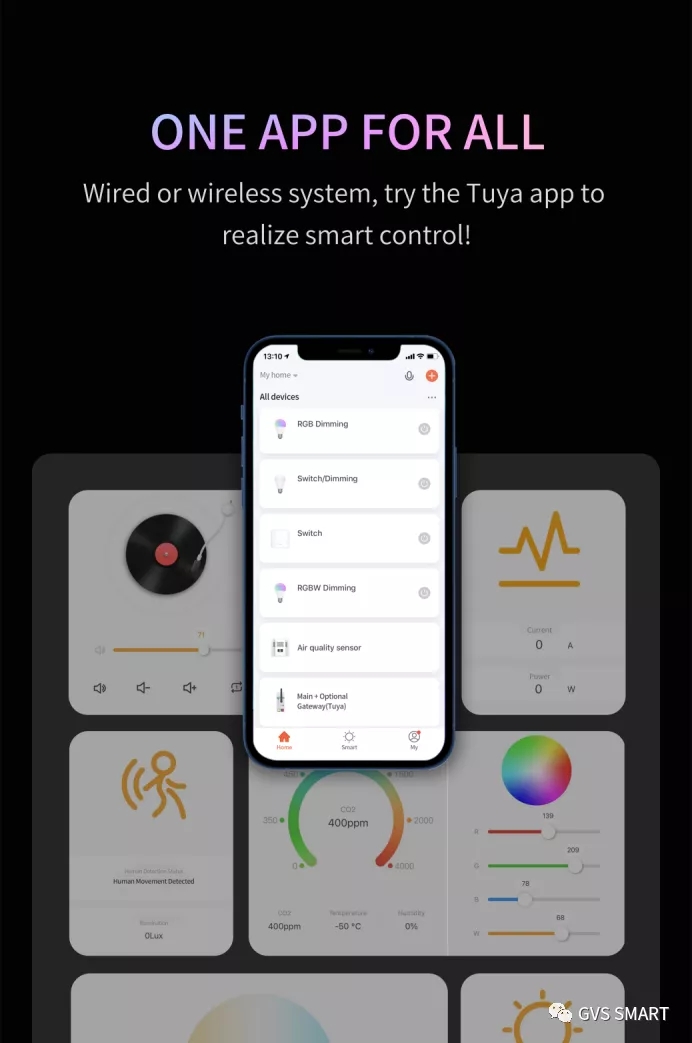