Warsaw Home Electronic 2022 was held successfully at PTAK WARSAW EXPO in Poland during March 17th to 19th. It is the largest trade show in Central Europe of new technologies and  Electronics.

GVS Poland team attended the show with complete series of smart building control system products and solutions. A lot of experts visited the booth and were greatly impressed with “KNX” standard. They are confident that KNX will get more and more popular in the market comparing with other standards. 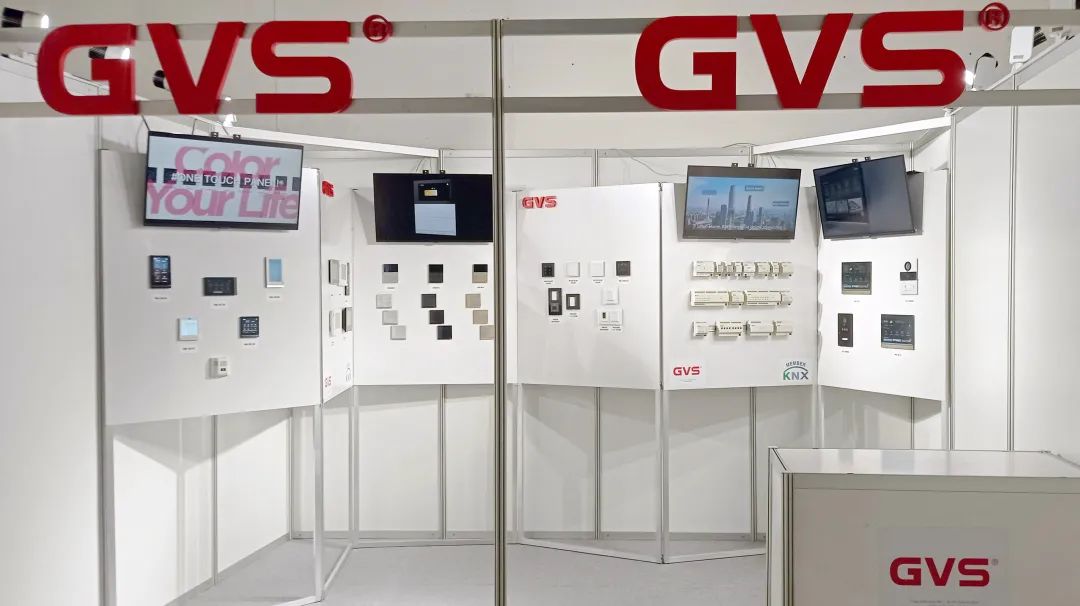 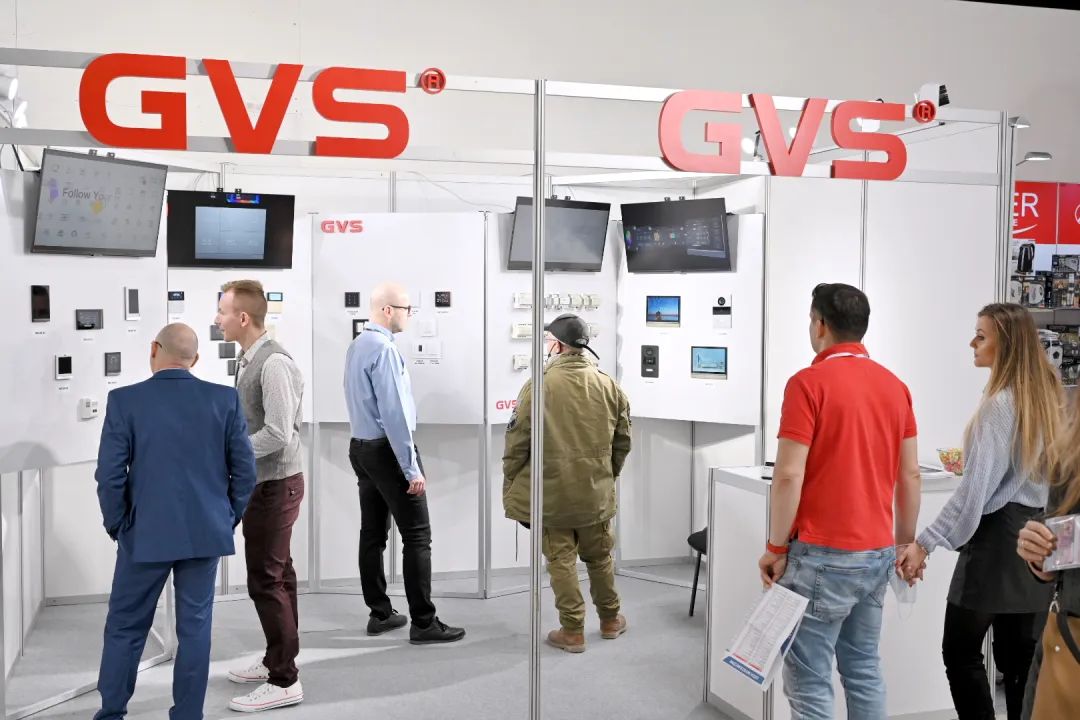 As one of the first companies to release KNX Touch Screens in the industry, GVS has a full smart control panel ranging from the Agile Series, Gem Series and Waltz Series, which has largely enriched the styles meeting the diversified needs of customers.

And, without any doubt, the panels were the shinning stars in the expo. The star products, such as Waltz smart panel, Gem series Z10, Agile series V40,V50, have received many positive feedback. Many customers from interior designing, architecture industry showed great interests in promoting GVS products for future home and building projects. 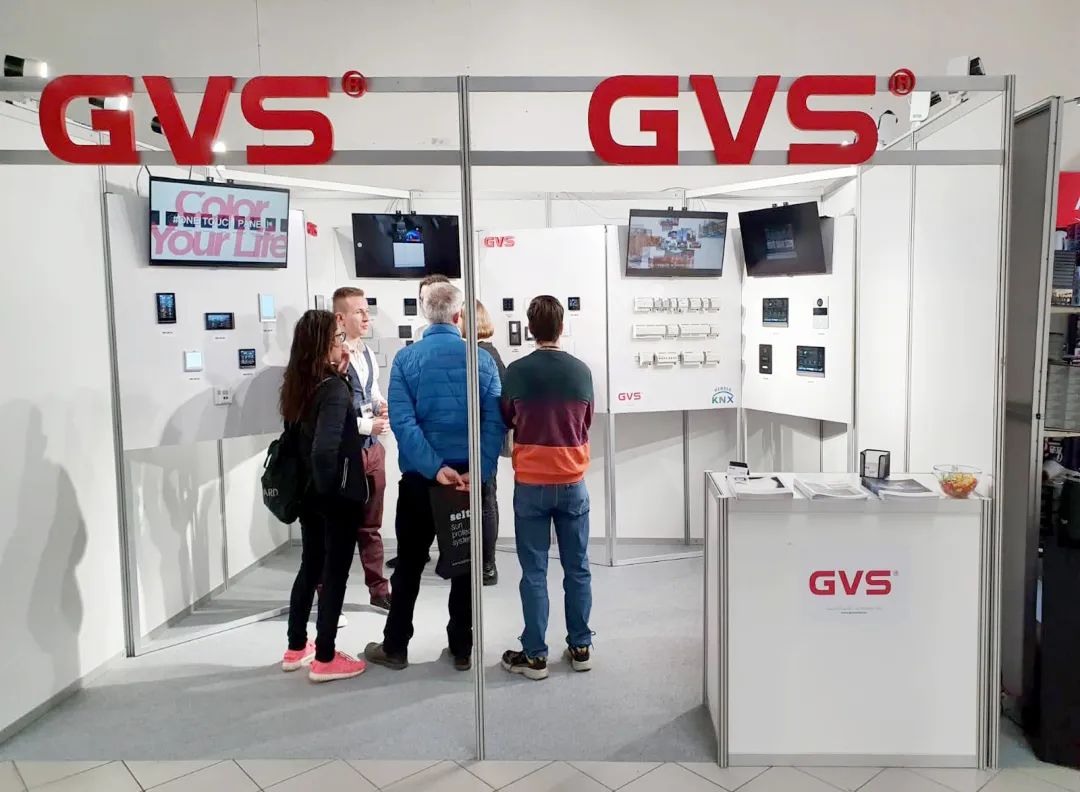 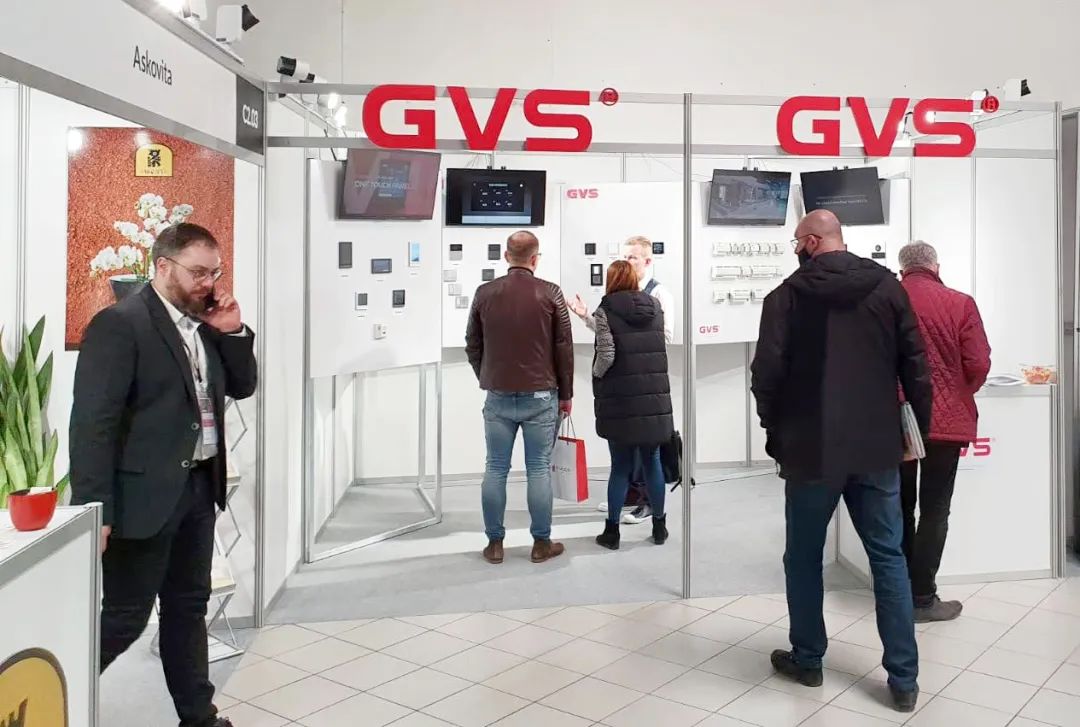 Now, GVS is becoming well-known brand in polish KNX market. Most of KNX professionals that visited our booth already know about GVS, many of them already experienced GVS products, and they are expecting for further cooperation.

A Quick Look at the Products Shown

The Waltz Smart Panel is the world's first screen & key product in the KNX industry that satisfies KNX&CE dual certification and supports touch Touch & Pad dual interaction, and won the US IDA International Design Gold Award. The product incorporates many innovative design ingenuities, such as the first G-link configuration mode, which allows end users to customize the functions of the buttons through the screen, and hide the uncommon functions on the screen; detachable button panels, RGB full-color indicators , screen animation, etc., allowing users to enjoy a new intelligent experience. 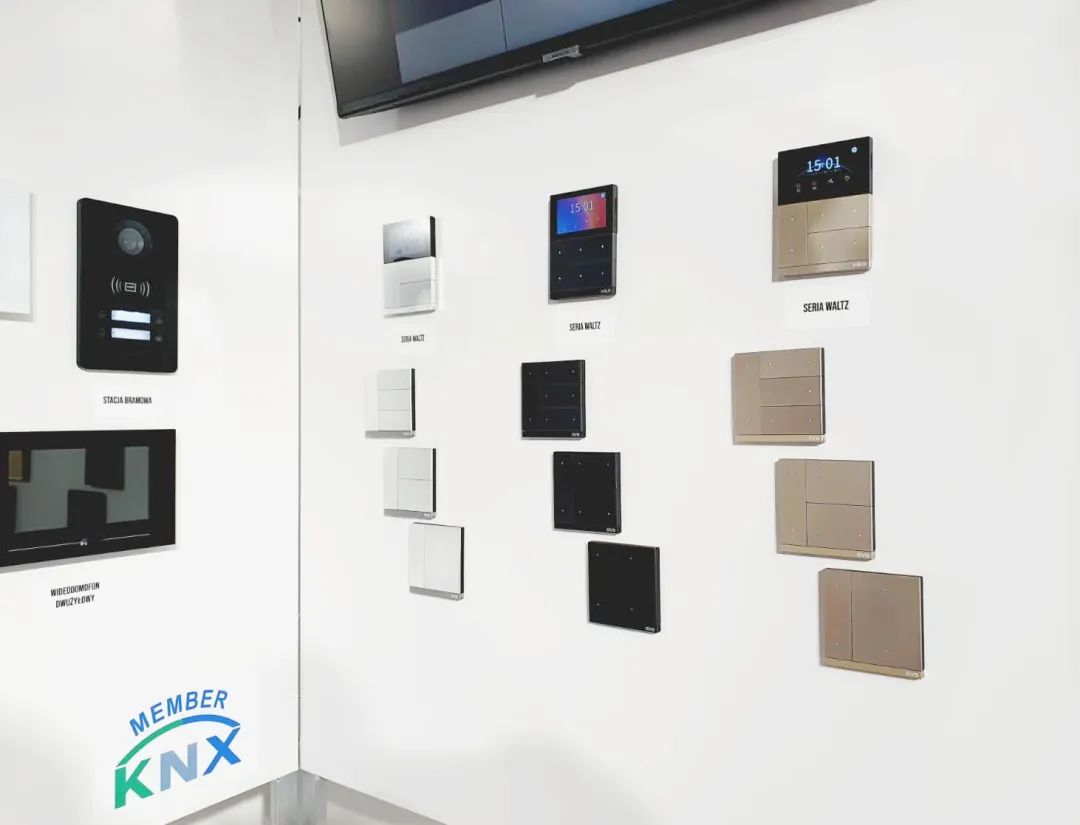 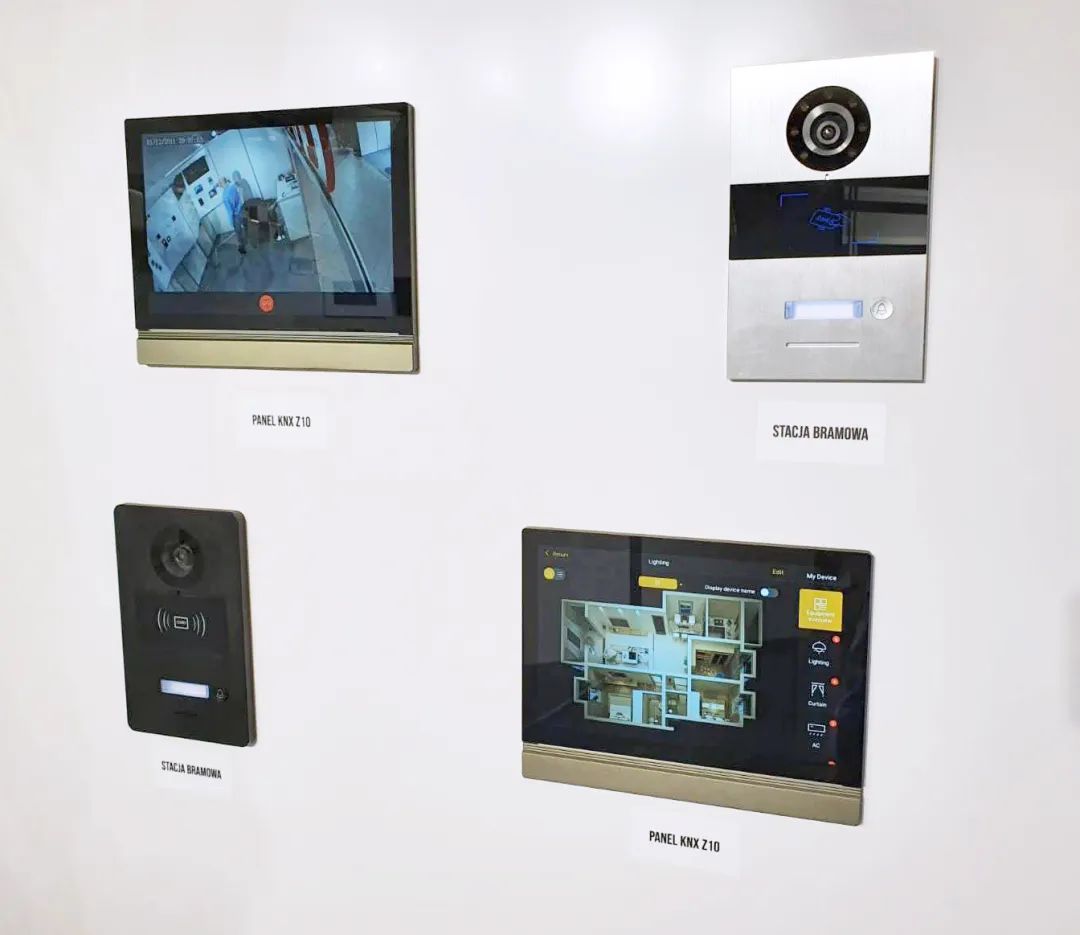 The Agile KNX Smart Touch Panel, V50、V40. This series integrates lighting, air conditioning, curtains and other home control, and one screen can realize intelligent control of the whole house. In addition, this series supports 9 languages, and the installation meets the standards of many countries. It is a real KNX international screen. 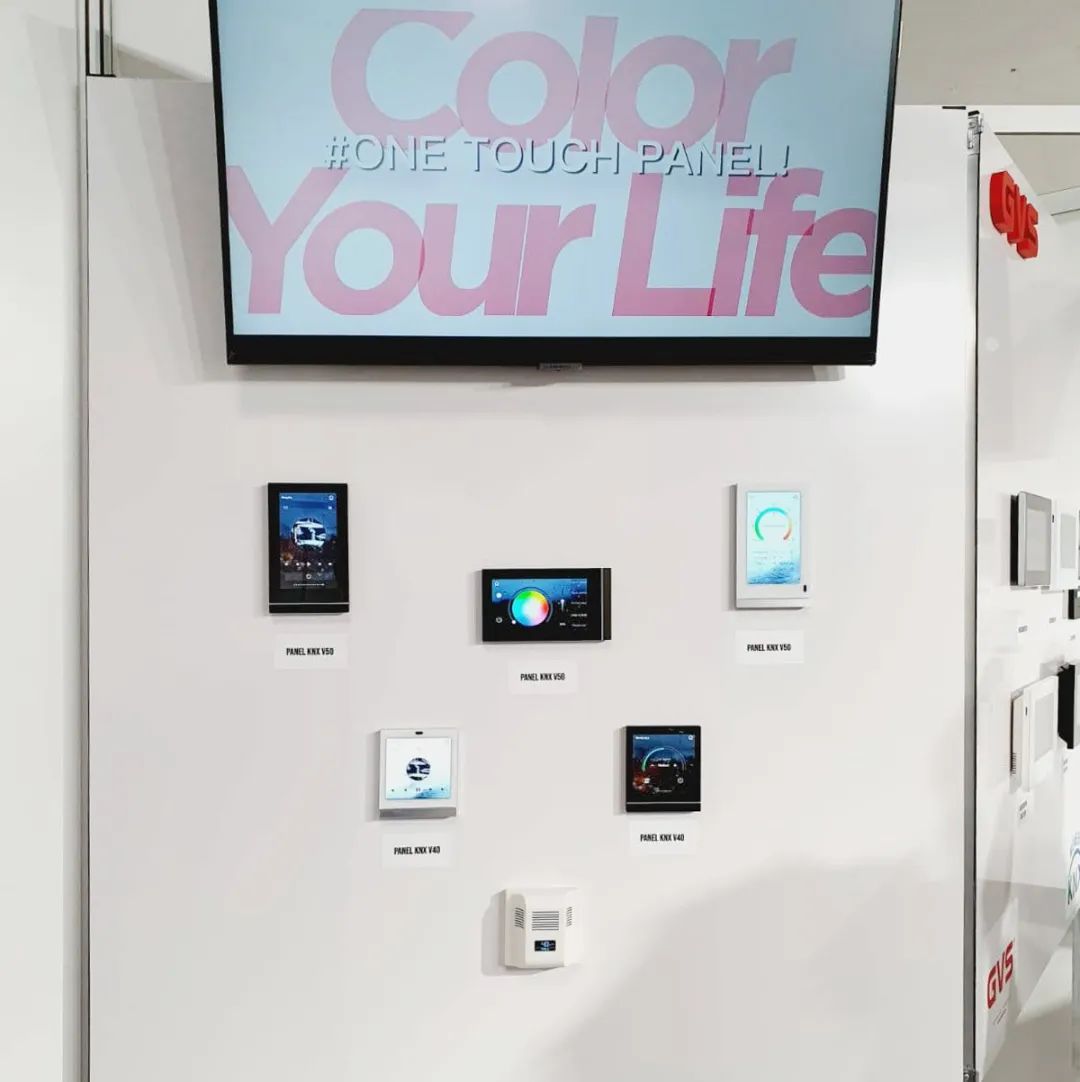 "We want to install smart home, where do we need to start?" At the exhibition site, we received a lot of inquiries from customers who have just entered the industry. Under the professional explanation of the staff, many people feel the advanced technical concept of GVS, and regard the open international standard KNX as the first choice for smart home system.

K-BUS is an intelligent control system independently developed by GVS based on KNX technology. It inherits the advantages of KNX’s high stability, high openness, and high compatibility. It is widely used in home improvement, commercial buildings, large-scale public buildings and other fields.

GVS Poland has also worked closely with the Polish KNX training center to create a complete KNX training system. Through our training platform, beginners can learn the application knowledge of KNX project planning and design, product configuration, installation and debugging, system maintenance and so on.

In the future, GVS will continue to practice the brand concept of "serving the world, creating value", driving the optimization and upgrading of products and services with technological innovation, providing the world with more powerful system products and solutions. Our wish: To make life smart, and smart simple!